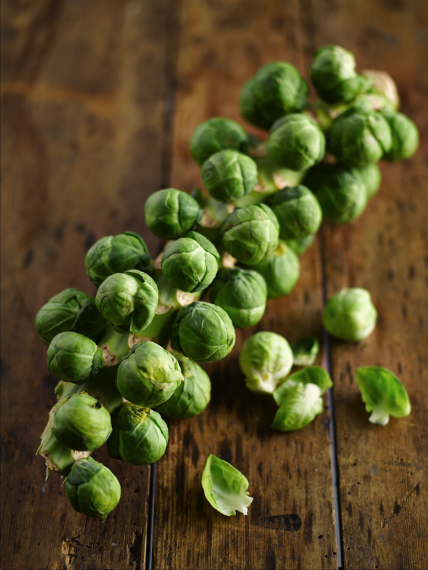 Every new year and new season sees new fad diets and trends lining bookshelves and littering social media. However, the fad diets of 2016 so far seem to have got something right. High protein diets have seen a particular surge in popularity this year, more people than ever are turning to vegetarianism and veganism, superfood and green veg smoothies are flooding supermarkets and the diet sheets of fitness fanatics, and people are reaping the benefits of preventing waste by paying attention to food prep and meals made with leftovers, and ‘eating clean’ (eating meals and natural produce with no additives). It seems 2016 is set to be one hell of a healthy, economical and ethically sound year for food.

The one feature that all of these diets and lifestyles have in common? Yep, you guessed it, green vegetables. Those of us who are passionate about eating and growing Brassica vegetables have always tried to educate people about the benefits of eating green. From improved eyesight, immune systems, and respiratory systems, to reducing the likelihood of developing types of cancer and diabetes, and clearing the skin of spots and blemishes, it seems people are beginning to sit up and pay proper attention.

However, it seems that when we were going blue in the face by telling people that green veggies are not only healthy but tasty when you choose to do something a little more adventurous with them than boil them to death, we missed out one key detail that 2016 has latched on to: Brassicas are extremely low in carbohydrates; the arch villain of current fad diets. This has seen a surge in people using brassica veggies in lieu of high carbohydrate foods, such as potatoes and rice. Cauliflower rice is now a common side dish for curries and stir-fries, and swede and kale chips are replacing potato and sweet potato fries. Brassicas such as kale, broccoli and sprouts are also being loaded into smoothies in order to replace sugary fruits with vitamins and protein.

The craze for ‘clean eating’ has also seen more and more people buying and growing plenty of Brassica veggies, as people are beginning to realize that preparing and cooking your own food means that your meals will contain less additives and preservatives, such as unhealthy oils, chemicals and salt. Food prep also decreases waste, as you are more likely to buy the right amount for what you are planning to do, and growing your own veg means that you side-step the sometimes wasteful practices of unethical farming used and perpetuated by large supermarket chains.

So, as passionate Brassica lovers it’s been a really tough year for us so far, as we have been dying to scream ‘hate to say I told you so!’ at all of those people who swear by the latest fad diets. But in actual fact, the trends of 2016 don’t seem to be fads, but they espouse the values of healthy eating, nutrition and waste reduction, the very values that we at Love Your Greens have always been passionate about.

Download the Love Your Greens app to your mobible device, available on Google play store